China's top diplomat in the United States refuted the claims that his country has underreported the number of COVID-19 cases and related deaths, suggesting instead that the accusers usually have things under their "dirty carpet".

Ambassador Cui Tiankai, in an interview with Ian Bremmer at the weekly digital and broadcast show Gzero World, also said that the majority of the several million people believed to have left Wuhan before the capital of Central China's Hubei was locked down on Jan 23 to combat the novel coronavirus had actually remained within China, instead of traveling elsewhere and spreading the virus.

The program began airing nationally over the weekend on US public television.

"For the accusations that China is hiding the numbers, just think about it. We have such a huge population, such a big country, you cannot hide the cases with such a very vicious virus," Cui said in the interview on April 3.

"Because if you have patients, they are just patients. If people are infected, they're just infected, how can you hide them?" Cui told Bremmer, president and founder of Gzero Media and Eurasia Group.

As for those people and some institutions accusing China of concealing, Cui suggested that if looking at their own history, normally they are the people and institutions who are "always hiding and concealing" something from the public.

He was not asked to elaborate on who the accusers are.

"I don't know what is under their dirty carpet. Maybe you could have a look," he said.

Cui offered a brief timeline of reporting of what later was categorized as COVID-19 in Wuhan, saying that before Li Wenliang, an eye doctor who sounded the alarm about the infection, another doctor, also in the city, had reported suspicious cases of people running fevers for unknown reasons.

Three days after the woman doctor put forward the reporting, the local CDC sent an alert to all the local hospitals to say that there were suspicious cases of unknown cause, according to the ambassador.

"The first reporting was on December 27 last year. Then on January 3, we informed the World Health Organization of this particular situation," Cui said. "Then a day after that, the CDCs of our two countries had their first communication."

Then when people came to realize the virus could be transmitted between human beings, even before that, the central government sent experts to Wuhan to look at the suspicious cases, Cui noted.

"When they came to realize that this is transmittable between human beings, we locked down the whole city of Wuhan with 10 million people," he said. The lockdown actually expanded to the whole of Hubei with 60 million population.

Two days after the lockdown of Wuhan, the United States evacuated its consulate in Wuhan, along with its citizens. Then in early February, the US stopped all travelers, whether Chinese or foreigners, from China who had been in China for the last 14 days.

No new confirmed cases of COVID-19 were reported in Hubei on Saturday, the local health authority said on Sunday. No new deaths were reported in the province, where the number of COVID-19 patients in severe and critical condition, most of whom were in Wuhan, dropped to 93 on Saturday from a peak of more than 10,000 in February.

The overall cure rate of COVID-19 in Wuhan has been improved to 94 percent, with that of patients aged above 80 nearing 70 percent, according to the latest official figures.

Cui said Chinese people are working very hard to restart the economy and restore economic and social activities, with many of companies working, the shops and school in many provinces open again.

"So you cannot do all these things if you have no confidence that you are able to contain the virus," Cui said. "And the number of infected people is coming down; this is quite clear."

In the interview, Bremmer asked about the whereabouts of some 5 million Chinese from Wuhan, who, after the lockdown, the mayor of Wuhan was widely quoted as saying were traveling "during the period of time that we now know that this virus was starting to explode".

Cui did not confirm the number, but said that even if a large number of people left Wuhan before the lockdown, he thought the "overwhelming majority" of them didn't have visas to go to any other country; because they left in a hurry, they just didn't have time to apply for visas.

So if they left Wuhan, most of them must have stayed in China. But the confirmed cases in other Chinese provinces, even those close to Wuhan, are not very high, meaning China has effectively contained the spread of the virus within China, according to the ambassador.

"So I don't think people could put the blame on us for the increasing number in countries far, far away from China," he said. "Maybe they are from elsewhere." 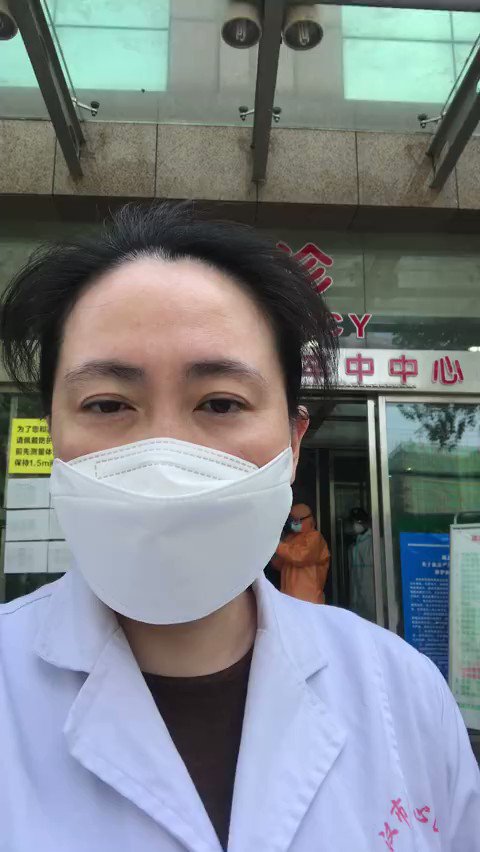